Posted on June 30, 2014 by adamrichardsonart

You know those bogus emails you sometimes get telling you (in terrible English) that you’ve inherited millions and all you need to do is give up all of your personal information??? Well, comedian and Odd Machine producer Alec Pinkston responded to one. What followed was a chain of hilarious email in which Alec attempted to turn the tables on the would-be scammer.

In June 2014, Alec read aloud the emails to an audience in Chicago. He contracted me to come up with storybook-like illustrations to accompany some of them. It was a hilariously fun project indeed!

Each illustration was drawn and inked freehand and then colored using Photoshop CS6. I choose the orange and blue color scheme to coincide with the sender of the email. Blue for our hero Alec and Orange for our scammer-turned-butt-of-the-joke. 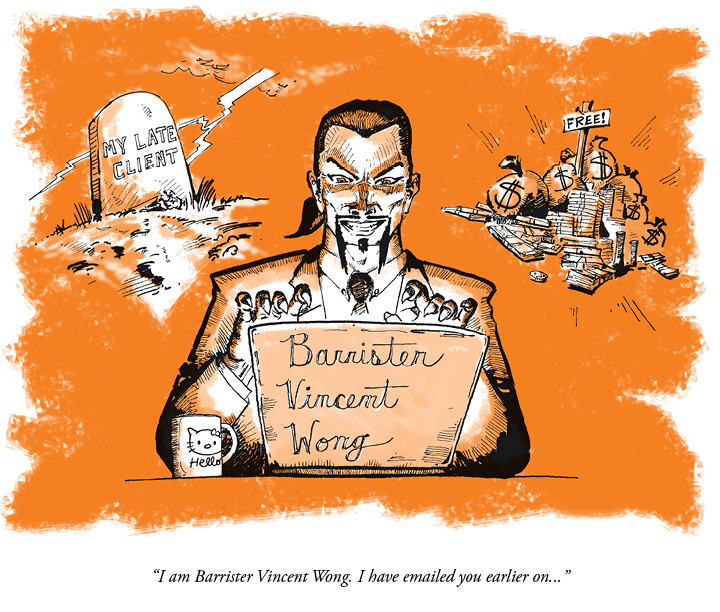 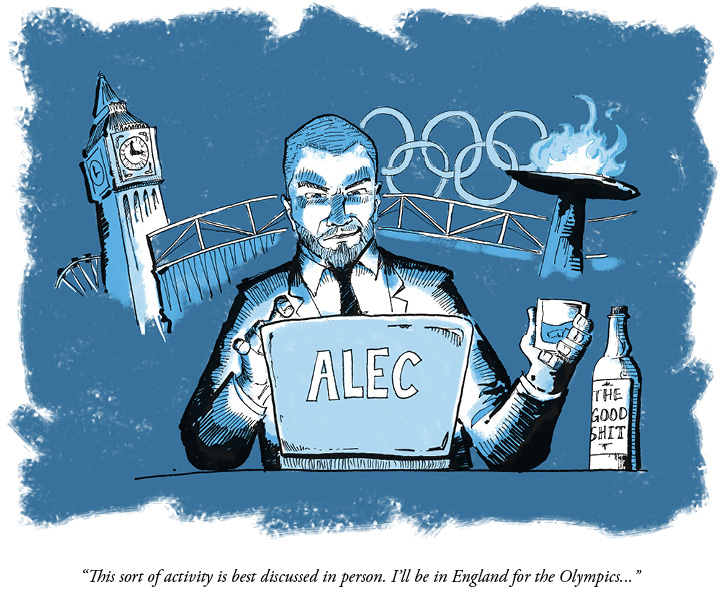 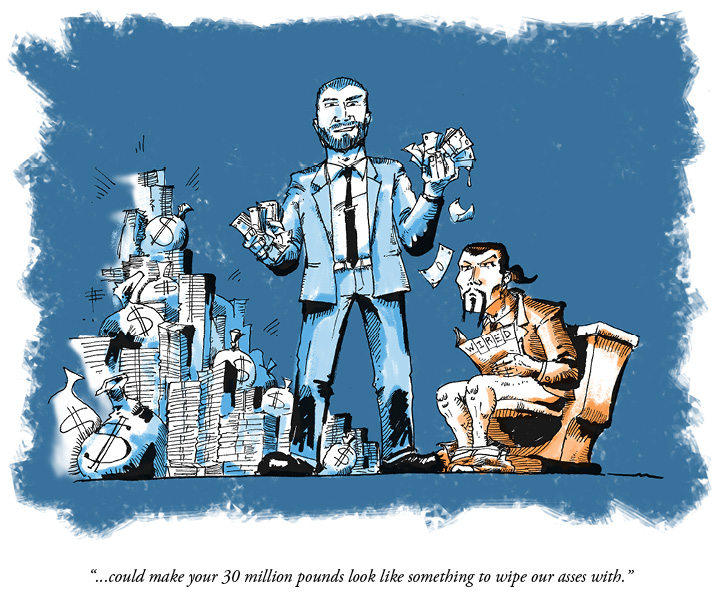 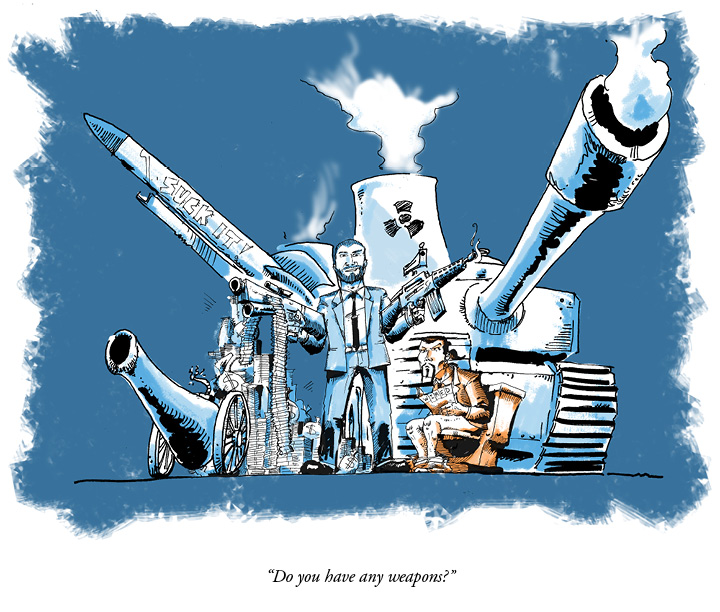 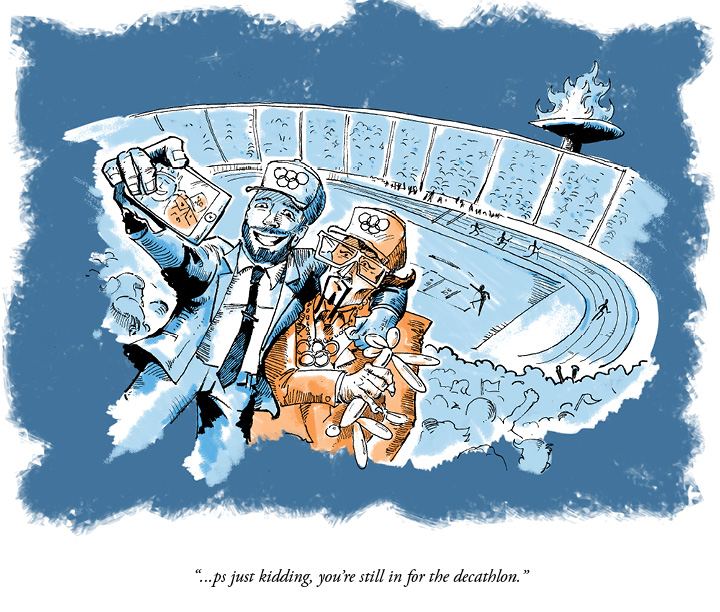 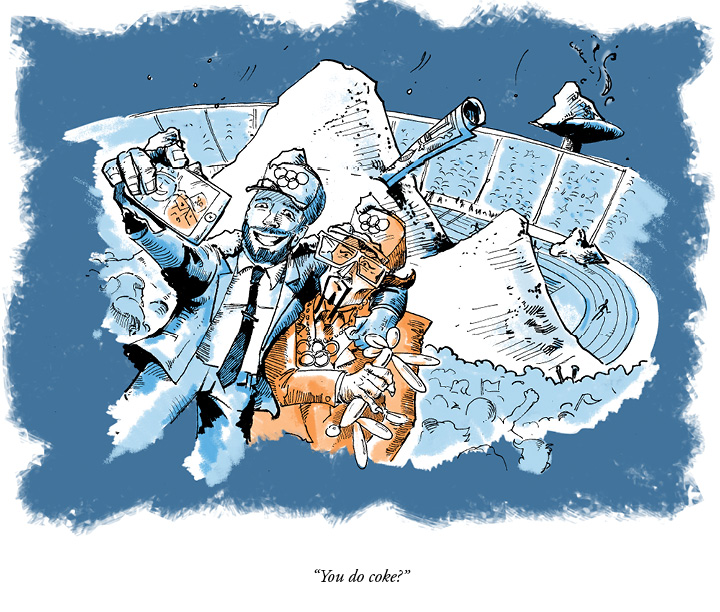 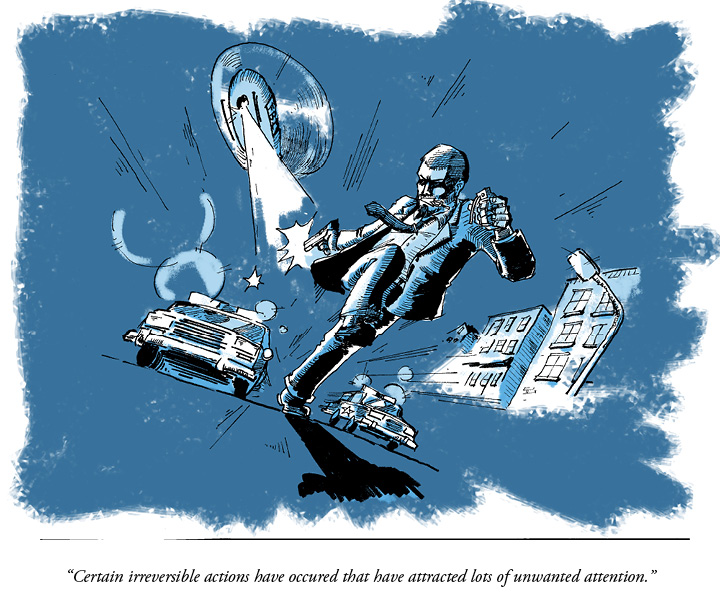 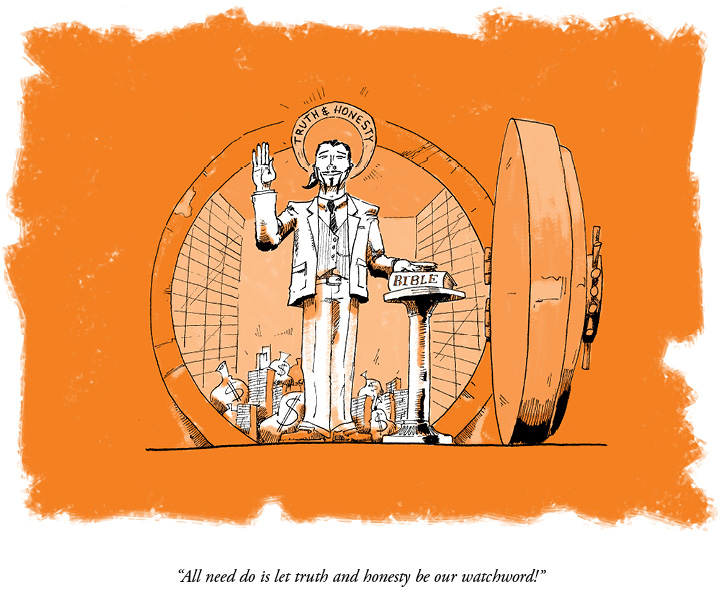 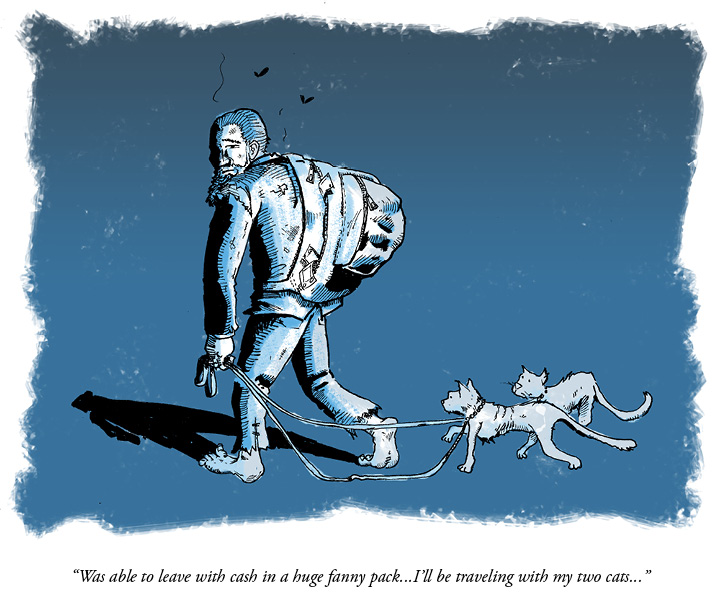 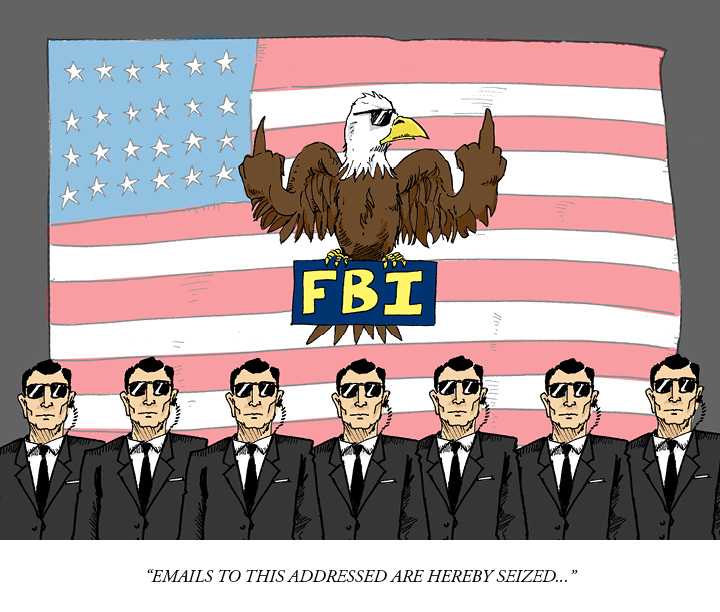 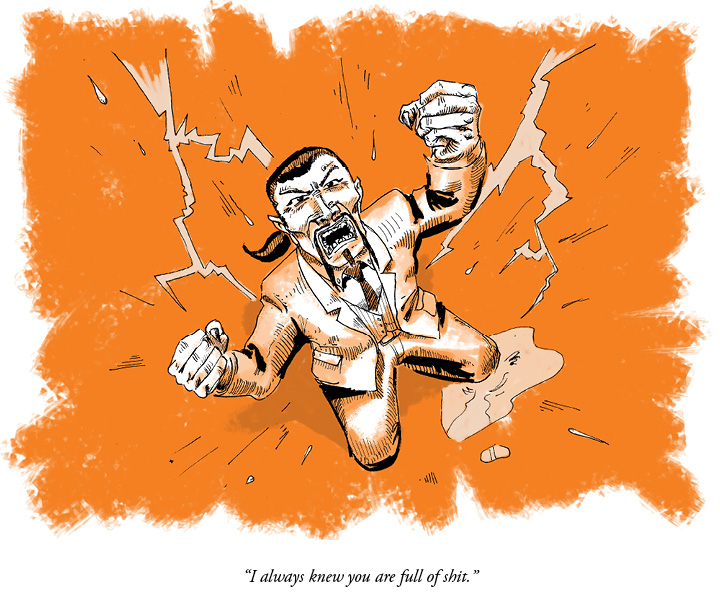 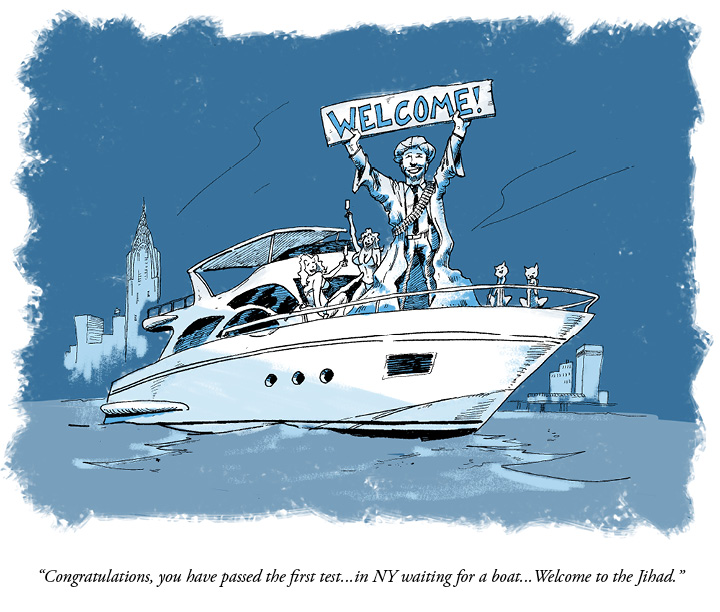 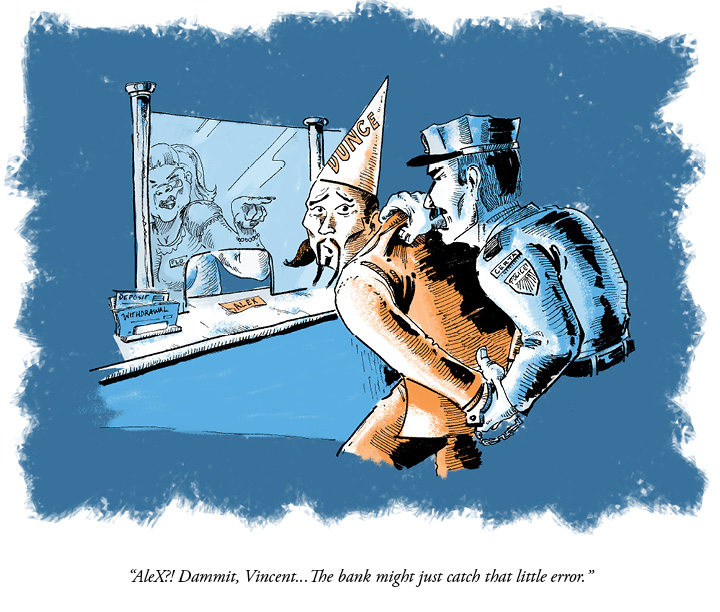 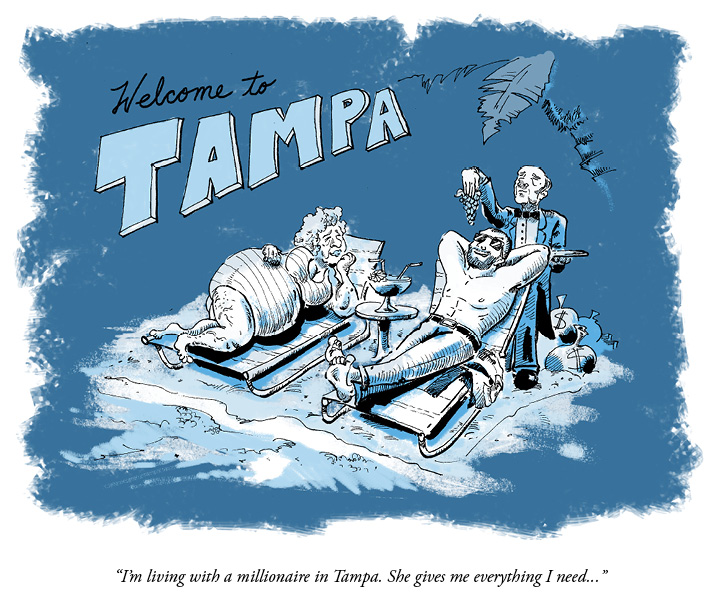 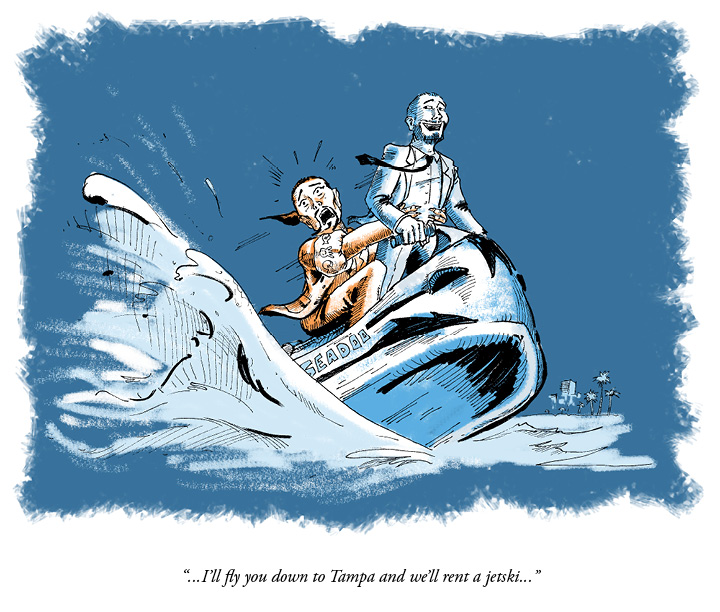 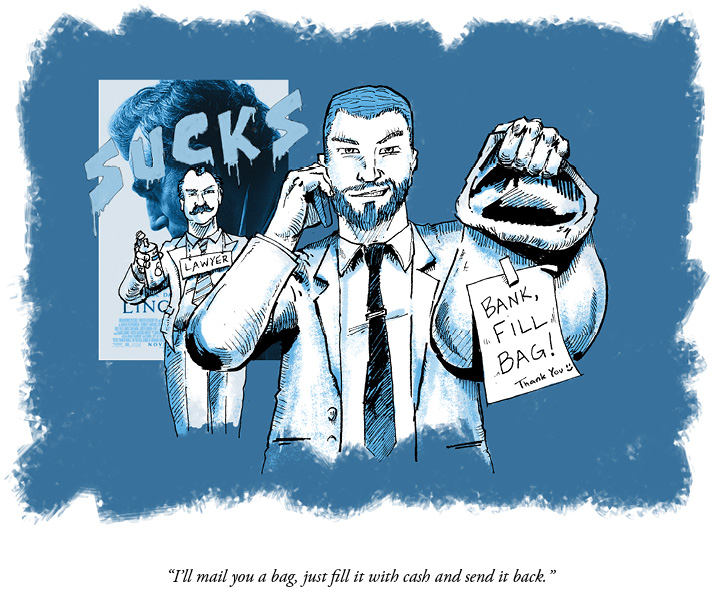